On a train ride the novelist Rosa R. encounters a stranger, who introduces himself as maneater. Assuming to expose the man as a harmless goof she embarks on the macabre situation and decides despite the obvious threat not to leave the compartment under any circumstances. As they travel through the night however, her confidence is dwindling, given the certainty of the man who reveals his passion in increasingly detailed descriptions and actions. As she only finds refuge in the fiction of her book, the main characters of the novel are now the stranger and her own alter ego. First hints condense into a paranoid interpretation of reality, which becomes fiction which becomes reality, Rosa succumbs to her own madness, a game of life and death approaches inexorably to an end. 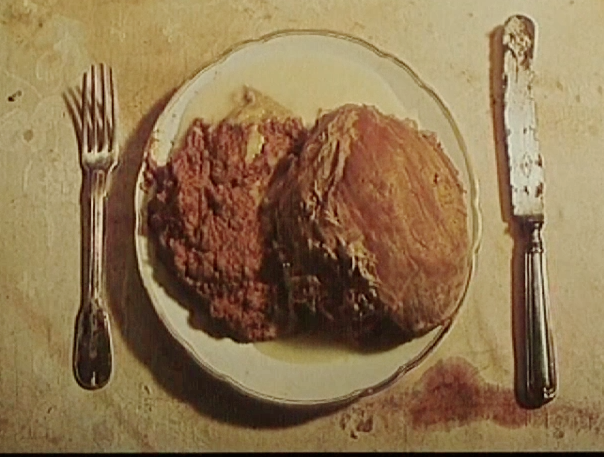